Class login
Activities for the classroom

Home Access login
Pupil use outside of school
For Parents

Ten Town is an award-winning numeracy resource designed by former Reception Class teacher Rebecca Sandy. Created specifically for the early years, it focuses on building strong basic number skills. Ten Town offers an exciting range of online content along with the opportunity to apply the knowledge in practical activities that encourage learning through play. 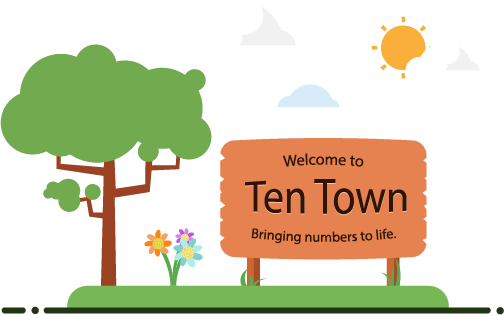 The birth of Ten Town

In 1995 I was a Reception Teacher at a primary school in Staffordshire. However hard I tried to teach my five-year-olds to form their numbers correctly a large majority of them still wrote them back to front and didn’t understand their value.

Ten Town began when I made up a story about number five and how it looked like a person, called Fiona Five. Children learn a new concept faster if it appeals to their imagination and creates a picture in their minds. When the parents began asking me who Fiona Five was, I knew I was onto something.

With my pupils’ help, I created the world of Ten Town, with each character having a story that helps children remember how the number is formed as well as understanding its value.

Within a year Ten Town was launched. From small beginnings, when it consisted of just of a few printed materials, packed on my kitchen table, Ten Town is now a multimedia resources that has been used in over 3000 schools and nurseries in the UK and across the world.

One of the most enjoyable parts of my work is seeing the ingenious ways practitioners have applied Ten Town in their own settings.

King One and all his friends in Ten Town help improve number recognition and formation.
The characters also develop an understanding of number value as well as offering many cross curricular learning opportunities.

Here’s a quick look at some of the characters in action!

Explore Ten Town’s interactive map to learn about numbers from 0 to 10.
Then take a tour around Ten Town TV studios to find out about numbers to 20 and see how each episode links to a different maths topic.

Take a trip to Ten Town to discover stories, songs, games and more!

Take a tour of Ten Town Studios and join in with interactive episodes from the Tia Ten Show.

The best way for children to consolidate their learning is by applying their mathematical knowledge in practical situations. Ten Town offers ideas for 100s of activities that can be used in the classroom and outdoors. These are often only a starting point for practitioners, who adapt the ideas for their own settings or come up with completely new ones.

Here are just a few examples and if you decide to join our ever-growing community, please get in touch and let us know about how you use Ten Town in your own school or nursery. 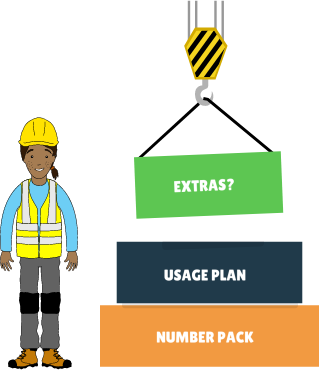 Build your Ten Town package
Ten Town has a ﬂexible subscription model that is tailored to your speciﬁc needs.
For Schools
For Parents